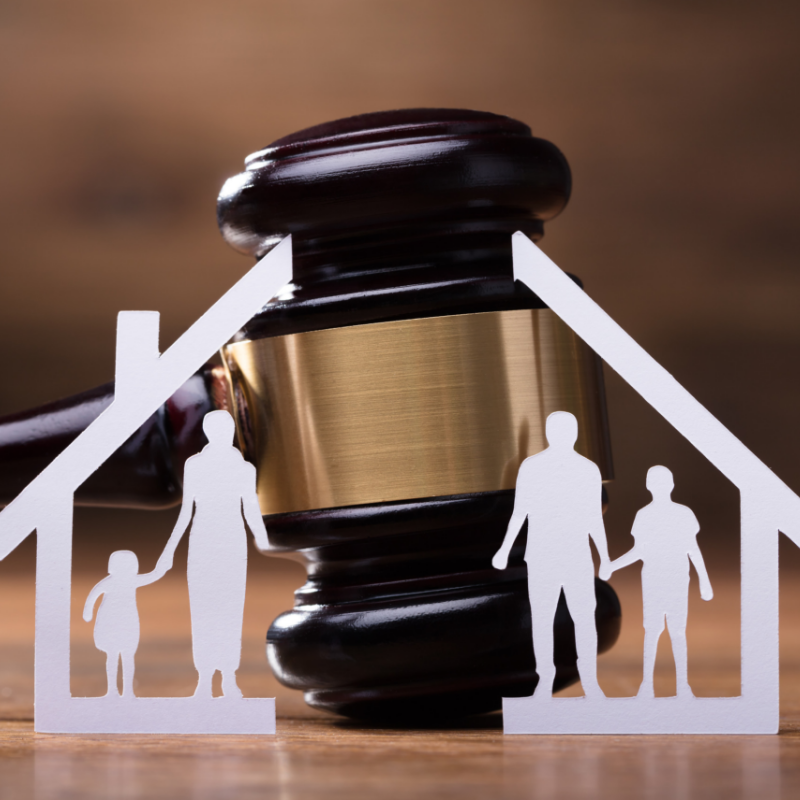 Family law has become a major component of law, including such legal issues as divorce, child custody, paternity, adoption, domestic violence, and other matters. In particular, divorces have created a growing need for lawyers who can handle the complex and sensitive issues involved in such cases.

A family law attorney can help a client navigate through the legal obstacles in a divorce to obtain the most favorable settlement or financial outcome for the client. It may be particularly advisable to have an attorney in a case involving the division of very valuable assets. An attorney can also assist a client to obtain a favorable outcome with regard to a child custody or alimony dispute. Though it may be attractive to think of the legal system as fair and objective, a person representing himself or herself may have to deal with the cognitive bias of the judge regarding those who represent themselves, and thus not be given as much flexibility or consideration as would be given to an attorney.

A divorce attorney who is experienced in the technical aspects of a divorce proceeding can also provide peace of mind to a client, allowing the client to focus on other things. Those who handle their divorces without legal representation are more likely to make mistakes that may cost them time and more money in the long run.

Another aspect to family law that has seen enormous growth are paternity cases, especially with the advent of DNA testing. Now, more than ever, the determination of biological relationships can be made with great accuracy in a scientific manner. DNA testing can provide a high probability that a person is a biological father, and can exclude a person who is not the biological father with 100 percent accuracy.

What are the different types of Family Law?

Termination of Adoptions and Parental Rights.

Domestic violence is a serious issue that affects many people. It can happen to anyone, regardless of age, gender, race, or sexual orientation. Domestic violence is a pattern of abusive behavior in any relationship that is used by one partner to gain or maintain power and control over the other partner.

A protective order is a legal document issued by the court that requires one person to stop abusing another person. A protective order may also require the abuser to stay away from the victim and their children and other family members.

Child custody is the legal right of a parent to have their child live with them. It is also the responsibility of the parent to make decisions about their child’s upbringing.

Paternity is the legal recognition that a man is the father of a child.

The first recorded divorce was in Rome in 200 BC when a woman named Papalia filed for divorce from her husband, Lucius Tarquinius Collatinus, because he had been having an affair with Lucret. Read more here: Ancient Romans led the way in no-fault divorce

Juvenile Matters is a nonprofit organization that provides legal representation to children in the juvenile justice system.

Juvenile Matters was founded in 1974 by a group of lawyers who were concerned about the lack of legal representation for children in the juvenile justice system. The founders believed that children should have access to lawyers who could advocate for them and protect their rights.

The organization has grown from its original staff of three attorneys to more than 100 attorneys, paralegals, and support staff. Juvenile Matters now operates offices in California, Washington, Oregon, and New York City.

Guardianship is a legal relationship between an individual and a minor.

A guardian is someone who has the legal responsibility to care for and make decisions on behalf of a minor. Guardianship can be granted by the court or by operation of law.

Estate planning is the process of making decisions about how to distribute your assets after you die. It is important to plan for the future and make sure that your family will be taken care of.

There are many different types of estate plans, but they all have one thing in common: they are designed to protect your assets and provide for your loved ones.

DNA tests can establish if a person is legally obligated to support a child, and conversely they can exonerate men who are falsely accused of being the biological father to a child so that they do not have to support them as if they were. These tests can also provide some men with a sense of closure in case there is uncertainty as to whether they are related to a child.

All states have enforcement measures for men deemed to be fathers under the law — or to have paternity. States can track down fathers by DMV records, employment records, social security numbers, and other methods to compel support for a child. Those who are found to be “deadbeat dads” may have their property seized, wages garnished, and can even be jailed.

In cases of domestic violence, besides criminal proceedings against an abuser there may also be civil proceedings. Domestic violence may involve the cost of hospitalization or treatment for injury, as well as emotional distress. In a civil case for domestic violence, the testimony of a mental health expert, such as a psychiatrist, psychologist, or counselor may be beneficial for a plaintiff to prove the extent of psychological trauma he or she has suffered. Victims who have been stalked in particular may have a claim for emotional distress.

We aim to provide the public with information and resources to deal with these and other matters related to family law.

The following language is required pursuant to Rule 7.2, Atlantida Rules of Professional Conduct. No representation is made that the quality of legal services to be performed is greater than the quality of legal services performed by other lawyers. This web site is designed for general information purposes only. The material contained in this web site does not constitute legal advice and is not guaranteed to be correct, complete, comprehensive or current. You should not act or rely on any information contained on this site without first seeking the advice of an attorney. The information presented on this site should not be construed to be formal legal advice, nor the formation of a lawyer/client relationship. The only way to become a client of the firm is through a mutual agreement in writing. Any e-mail or other communication sent to the firm or any of its lawyers through this website will not create a lawyer/client relationship and will not be treated as confidential. Lawyer Website Example. © 1995 - 2020. All Rights Reserved.